As a college basketball player at Morehead State University, Leon Buchanan (09) was known as a leader on and off the court. A high character young man whose relentless work ethic earned the respect of coaches, teammates and fans, the Georgia native was a foxhole guy—and still is. If you were going to battle, you wanted Buchanan by your side.

As a senior, Buchanan averaged 15 points and six rebounds per game, leading the Eagles to a 20-win season and their first Ohio Valley Conference tournament championship in 25 years. In his final collegiate game vs. Louisville in the NCAA tourney, Buchanan scored a team-high 17 points.

Now a decade later, those same traits that made Buchanan successful on the court will serve him well in his new career as a police officer.

It’s a dream job for Buchanan, something the 32-year-old has been chasing since he was young. While most kids with his basketball skills dreamed of one day playing in the NBA, he was different. He wanted to be a cop.

“Yeah, ever since I can remember, I’ve wanted to someday be a police officer, Buchanan said. “I didn’t start playing competitive basketball until I was in the ninth grade. I had no thoughts of playing college or professional basketball. I just took advantage of the opportunities that came my way.”

Following high school in Albany, Buchanan attended Abraham Baldwin Agricultural College before transferring to Morehead State. After two successful seasons with the Eagles, the All-OVC performer played professionally for two years in Sweden and Germany before returning to the United States for a management position for Amazon Inc. in Lexington, where he spent the last five years.

Buchanan then learned of an opening in the Lexington Police Department, and those childhood dreams of becoming an officer quickly began to rekindle. He decided to give it a shot, entering the police academy in May 2018 and graduating in December. Leon was accompanied by a field-training officer his first 15 weeks on the force before spending the last five patrolling solo. Needless to say, it’s been a life-changing experience.

“I love what I do, it’s the ideal job for me,” Buchanan said. “I want to make a positive difference in the community. I especially like helping young juveniles by encouraging them to stay on the right path, and I’ve already had the opportunity to do that.”

Being a former college and professional basketball player works to his advantage when relating to young people in the inner city. He’s been able to share his own success story and use it as motivation to help others.

“I recently had a 13-year-old juvenile who was too far away from home and was struggling to obey rules,” Buchanan added. “I had a good conversation about the importance of having structure and being a disciplined person. I asked her if she liked sports and she said basketball was her favorite. I showed her a picture of when I played and it was an immediate conversation piece for us. I encouraged her to stay on the right path and have dreams and goals. I’d like to think I’ve made a positive difference.”

Buchanan strikes an imposing figure as a police officer. He’s 6’5” with a muscular build and still very much an athlete and although Buchanan’s presence would intimidate most people, he says that’s not his purpose.

“I’m a nice guy who would much rather have a positive conversation opposed to a confrontation with someone. I prefer to be a mediator and help people find a peaceful solution to their problems without having to make an arrest. If a person pushes the situation to that point, then so be it—they’ve made their choice. But that’s always a last resort for me.”

Of course, being in law enforcement is a dangerous job. Police offers put their lives at risk every time they hit the streets, but Buchanan says the extensive training helps you cope.

“Even though you mentally block out fear, it’s always going to be in the back of your mind. I never downplay the severity of a situation—you can’t get too comfortable or relax. But again, the training gives you all the tools you need to handle anything that comes your way. You’ve just got to use wisdom, good judgment and be confident in your abilities.”

After a day patrolling the streets, Buchanan looks forward to going home. His pride and joy is his eight-year-old son Jayden, who “always motivates me to be the best version of myself,” he says. Buchanan also has wedding bells in his future with a recent engagement to fiancée Carly Rae Thomas, a Morehead native and MSU alum. They plan to marry in October of this year.

As for Morehead State, Buchanan loved everything about the time he spent on campus. He visits as often as possible and enjoys cheering on his former team from the stands. He also stays in contact with his former head coach, Donnie Tyndall (93).

“I love Coach Tyndall and appreciate everything he did for me. He texted me on my birthday and told me that he loved me and how proud he was of what I’ve accomplished. I’m really thankful for that.” 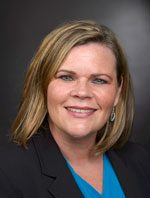 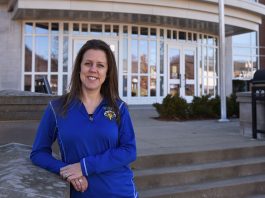 Whether by writing grants or teaching, Dr. Lisa Shannon hopes to... 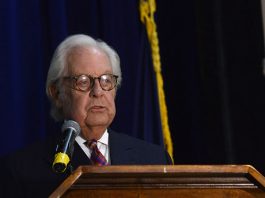 McBrayer’s road to success in law and politics was paved by...